Whole30 day 20 and a break from the food talk

I'm tired of talking about food so instead, I'm sharing a few photos from a quick little trip we just took...

My husband had to make a sudden business trip to one of his company's suppliers on the East Coast last week. He promised me dinner in New York City if I went with him. How could I not?

We flew into New Jersey on Monday, he met with the supplier Tuesday morning, we spent the rest of the day in Lower Manhattan and flew back home on Wednesday. So exhausting (the flights were so draining) yet so worth it. 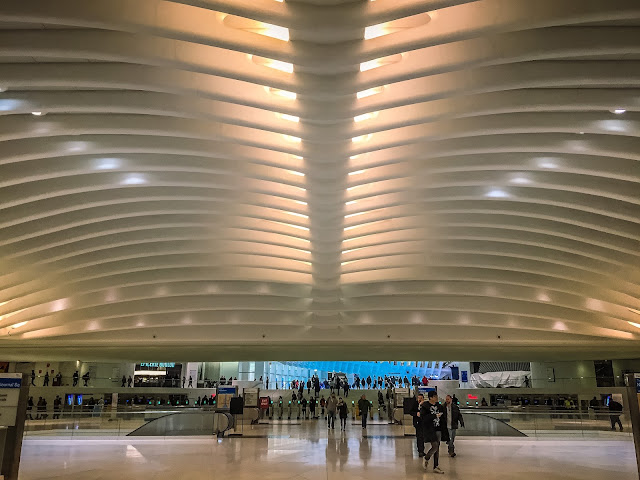 Stepping out of the doors of the Oculus onto Greenwich Street, there it is, right there...The Freedom Tower. 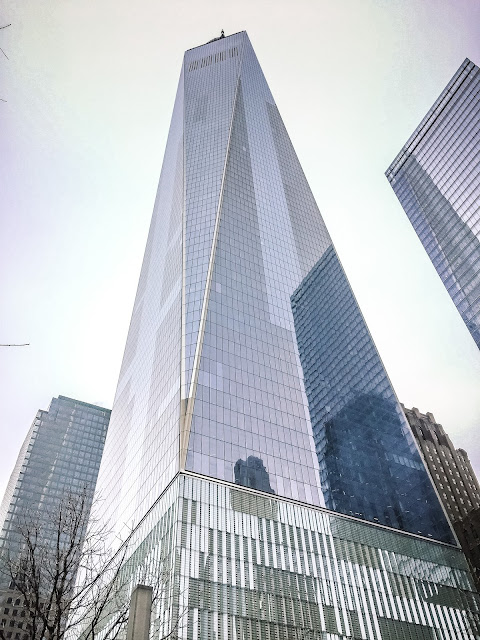 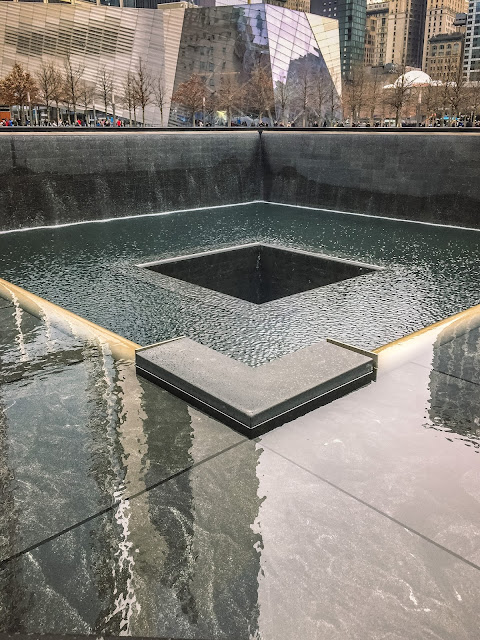 View of the Oculus from the North Pool 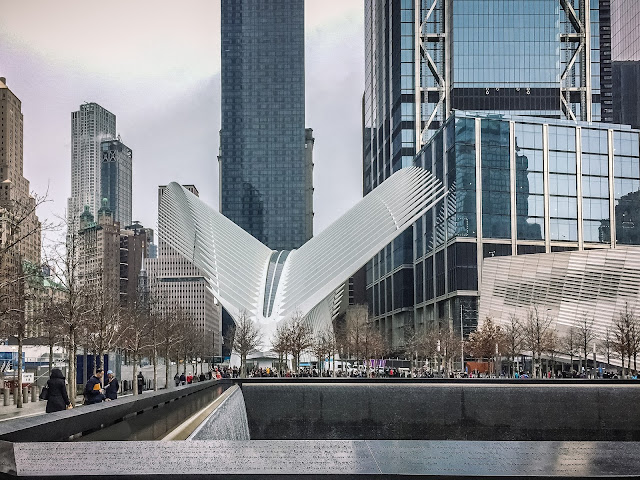 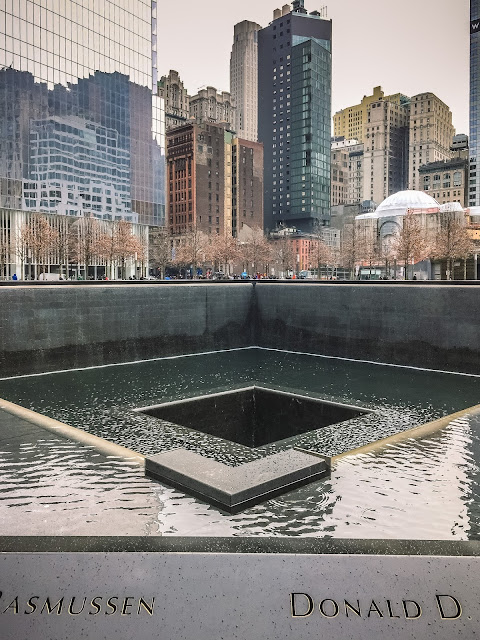 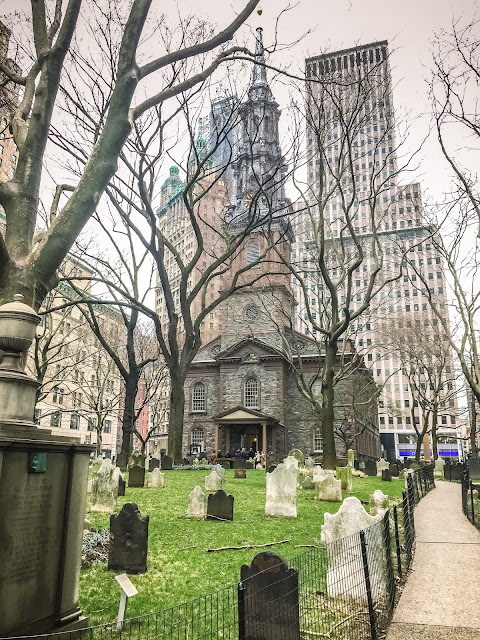 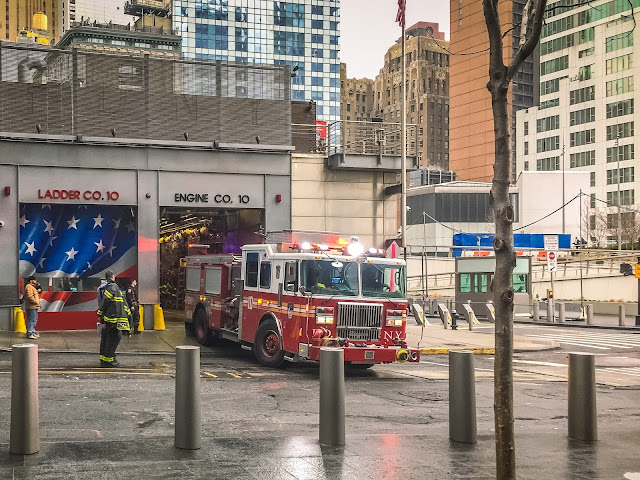 New Jersey over there, across the Hudson from Battery Park City Esplanade. 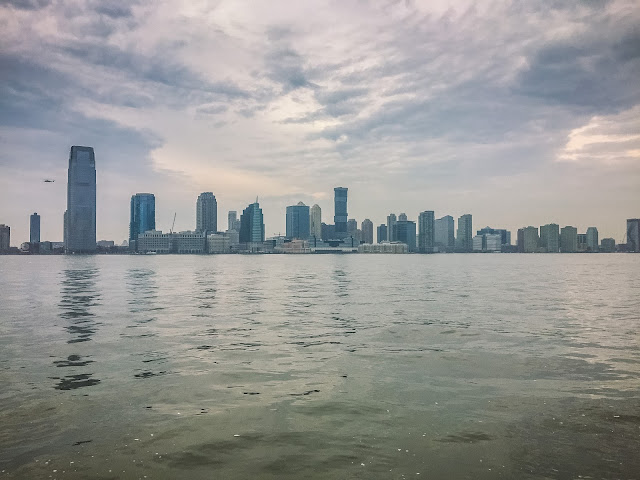 One World Observatory at the tippy top of One World Trade Center. 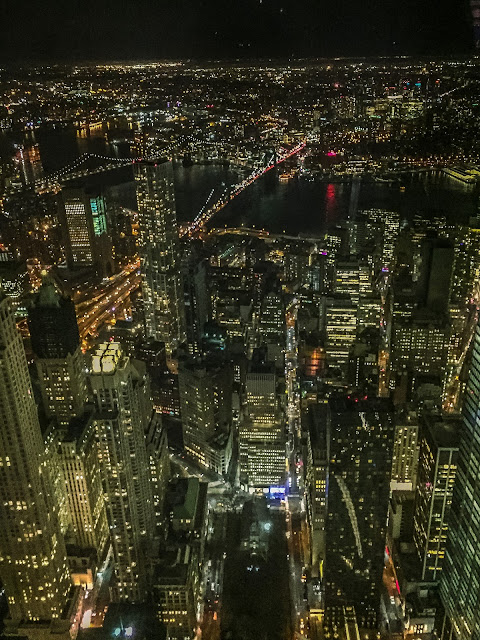